Sesshu, a Muromachi period Buddhist priest and painter, was born in the province of Bitchu (today’s Okayama Prefecture). Some say that he was of the Fuji or Oda clans of Akahama (today’s Soja City). Another story is that he entered the temple of Hofukuji in childhood; the famous tale of his painting a mouse with his tears is associated with that temple. At any rate, he moved to Kyoto while still quite young, transferring from Tofukuji, one of the Gozan, the five Zen temples under the direct auspices of the shogunate, to Shokokuji, where became the disciple of Shunrin Shuto. While serving the temple as its official greeter of guests, he studied painting with Shubun, who was an official painter to the shogunate. In 1454, under the patronage of the Ouchi clan of Suo Province, he moved to Yamaguchi. It was 1467 when he traveled on an official vessel to Ming dynasty China, where he served as a record keeper; during that trip, he encountered Chinese paintings and painters in their natural environment. Returning to Japan in 1469, he stayed for a time in the Buzen Bungo area, working in an atelier called the Tenkai Togaro in Oita, then in Yamaguchi, far from the fray, until the Onin Wars ended in 1479. Peace restored, he visited places throughout Japan, including Iwami, Mino, and Suruga, returning to Yamaguchi again in about 1486. The many theories about when and where he died put his death as occurring in 1502 or 1506 in Masuda, Yoshii, or Yamaguchi. 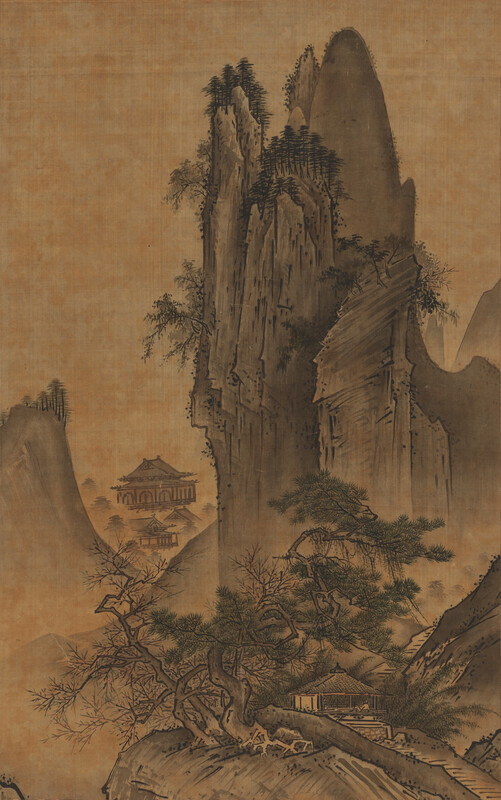 Looking at the trees in the foreground, we see that Sesshu has given them pink flowers in spring, green leaves in summer, and colorful leaves in fall, with white snow falling on leaves on the ground in winter. Having noted the changing seasons, we turn our attention to mountains in the center and a man of lofty character giving himself up to nature. That is the world that Sesshu sought to express in landscape paintings. While these paintings lack signature or seal, they have long been regarded as by Sesshu. Certificates of authenticity by Kano Tan’yu and Kano Yasunobu had been handed down with them. Legend has it that Sesshu once drew a picture of a mouse with his own tears. Legend aside, we know that he came to Kyoto in his childhood, entering Tofukuji temple, then moved to Shokokuji, where he trained in Zen with Shurin Shuto and in painting with Shubun. In about 1454, he moved to Yamaguchi, under the patronage of the Ouchi clan of Suo, and, in 1467, was able to go to Ming-dynasty China with a trading mission. While serving as its recorder, Sesshu directly encountered the paintings, artists, and nature of China. He may have painted these works after experiencing China, but since the existence in Japan of Chinese paintings that he is thought to have used as models and works of a similar nature have been discovered, it is also conceivable that he painted these prior to his travels in China. 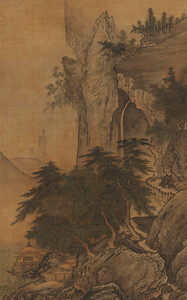 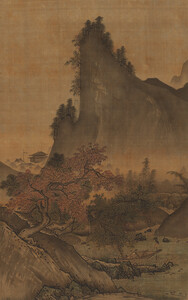 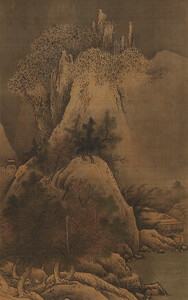